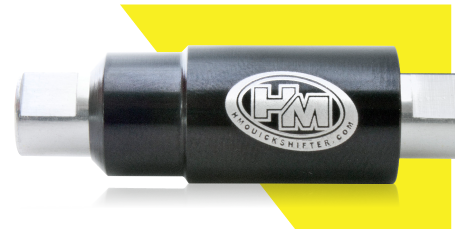 As used in MotoGP, The HM GP Shifter has programmable kill times for each gear going up and separately going down the gearbox.
On top of this we have the new revolutionary HMSS system. FULL DETAILS & SPECIFICATION BELOW.

A basic quickshifter works by killing of the ignition for a certain period of time in order to relieve stress on the gear box, thus allowing the pressure on the gear lever / selector drum to slip the transmission into the next gear without grinding or chipping gear teeth / dogs.

The ignition kill time is a somewhat crude parameter as one kill time for each gear must cover all gear changing eventualities / loads / rpm / rider actions – to this end we have developed the HM Seamless Shift algorithm.

The new HM Quickshifter GP has rewritten the rules when it comes to gear changing, the result being the most accurate, fastest, smoothest safest quickshifter by far. 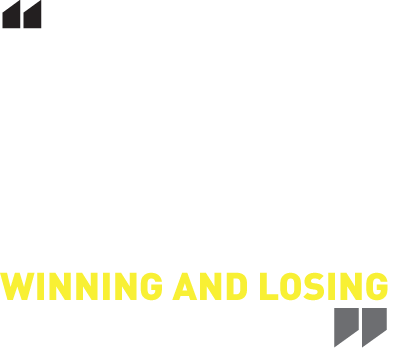 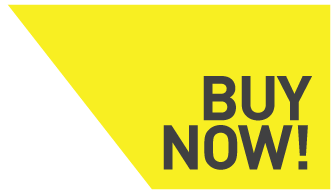 The HM GP Shifter has programmable kill times for each gear going up and separately going down the gearbox. However on top of this we have the new revolutionary HMSS system. This system uses intensive and very advanced mathematics and digital signal processing (DSP) to identify when the actual dogs / gears have fully engaged. This nullifies the requirement for kill times and not only ensures the shorted possible kill times it also ensures the smoothest and safest gear change.

This is because regardless of the conditions / load / RPM / gearbox characteristics, it detects when the next gear is actually engaged and then reapplies power. This is a massive step forwards in shifting technology and has made all other shifting products obsolete.

There are also safety programmable minimum and maximum kill times which over ride this algorithm in the rare case that the rider/bike is doing something very unusual and for some reason the shifter does not correctly detect this gear engagement in a timely fashion.

Typically a kill time is a crude parameter that must be significantly longer than the actual gear change time due to the vast range of different gear changing conditions, this directly translates to slower lap times, less smooth gear changes, more wear on the gearbox and the potential for a missed gear if the rider / bike do something unusual and end up taking longer to mechanically shift than the allowed kill time.

In short – a revolution in changing gears! Not just a gimmick – this is the culmination of thousands of hours of work by contracted in specialists in their field. Completely ready to gamble together with tragaperras da vinci diamonds.

This brought on its own challenges, in particular correctly detecting the gear position. If the shifter is going to be our flagship product, then it must operate with the same unbreakable robustness and absolute consistency that our current shifters are renowned for. The trouble is that something seemingly as simple as calculating gear position is, in fact, a very difficult challenge. The way most existing such devices work (including our HM Dash) is by comparing the ratio between speed and RPM to derive gear. This is fine for a dash display but not, in our view, good enough for a high precision device that relies on perfectly correct information. Chain chatter, firing order, rev limiters, clutch clip and traction control can all fool this type of calculation.

The problem is actually worse than it initially seems. Take for example 6th gear. If the bike is in 6th gear then it would be desirable to prevent a shift from happening if the rider inadvertently tries to select a non-existent 7th gear. This is something we know many riders do – something that we have seen in data logging time and time again. The purpose, of course, is to prevent a time- and power-killing “false” shift if the rider does this. But what happens if the bike is actually in 5th and the shifter is “one off” and thinks it is in 6th? The rider will be prevented from shifting to 6th – not acceptable by any measure, and by using current techniques this is a very real danger.

Another example is the shift from 1st to 2nd. On most gear boxes the kill time required for 1st to 2nd gear changes is significantly longer than from 2nd to 3rd for example. So again, if the bike is in 1st gear but the shifter thinks it is in second gear, then a very rough or missed shift may take place, likely causing gearbox damage!

Also consider the case of short shifting or multiple fast gear changes (with or without clutch): again current calculation techniques are relatively slow, so this is yet another area that the shifter could be fooled. As the astute reader may have surmised, this is NOT just a matter of adding 1 for each up-shift, and subtracting 1 for each down-shift! The gear actually must be verified with no assumptions made.

Add all of this together and it is easy to see our hesitation in including this in a product where absolute consistency for professional use is paramount.

While is it true that there are ways of “smoothing over” or masking current techniques so that the effect is, on the whole, acceptable – these do not give the kind of confidence in a product that we have become used to, or as demanded (and expected) at the highest levels of racing.

After a lot of research by some very highly qualified people we put together a technical specification that demanded 100% accuracy with respect to gear position. Part of this specification was that even 99.99% was not good enough. Another requirement for gear position was that the shifter needed near instant results in real time – a big requirement! A team of mathematical engineering specialists worked on this problem for nearly two years. The answer lay in use of predictive mathematics, namely in the form of a specially-adapted non-linear time domain version of a Kalman Algorithm – the same type of math that predicts financial markets, tracks fast-moving military targets, and steers missiles. A sledge hammer to crack a nut? Perhaps, but it works, and it works wonderfully. When a gear change is made, the result – measured and verified without any assumptions – is accurately computed within 2-3 meters of completion of the shift. At 250 KMH, the typical delay between the completed shift and the gear being known with certainty is measurable in milliseconds! THAT is world class, and as far as we know, hasn’t been achieved anywhere else in the world. That compares to bikes with built in analog-type rotary gear position sensors!

We have pumped hundreds of thousands of logged simulation, road, and race miles through the GP shifter and have had a 0% failure rate.

FEATURES
AT A GLANCE

• Each gear has its own kill time and its own sensitivity

• LIN Interface to allow connection to ECU’s / Dashes for delivering data, recording data, and in-the-field configuration adjustments  without a computer

• CAN / ECAN Interface via optional CAN transceiver (under development)

• Highly resilient power supply, able to operate up to 80v and can withstand transients far in excess of automotive standards